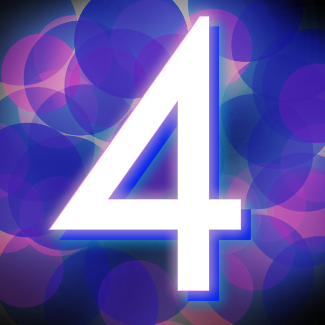 Four years ago, in this same day, I released a small game called The Escape on GameJolt. It was my first game and, while it had its flaws, I'm glad that I launched it. Since that day, I knew I wanted to continue making games. And four years later I am still happily making games and improving my skills while doing it.

Expect more content coming up in 2014. I'm full of ideas I want to craft, either in the form of videogames or something else.

Last year I had my victories and defeats. Some of the losses were caused by bad luck, others by mea culpa, but I have never given up on something I knew it was worth to pursuit, and I'm not going to start now.

The reason why I want to continue making games is because I know people enjoy playing them. And I can only be grateful for that.

Hello everyone. I've made my games, Marble Time! and Paper Physics, available for free.

I found out recently that my subscription was going to run out on the 16th and so I want to make them free before they are pulled from the store so that more people are able to play it.

Still should I renew both games will continue to be free for here on.

I want to thank Calum Bowen, Marble Time!'s musician, for his music and play-testing. He did a great job with the soundtrack and gave me a good amount of feedback to Marble Time!, so I really liked working with him. You can check out his website in here: http://calumbowen.com/

1.  Physics: A measure of the motion of a body equal to the product of its mass and velocity.

2. Impetus of a physical object in motion.

2. Marbelle did not feel sure about the cliff. Sliding along a flat surface, now that was something she excelled at. But falling? Relinquishing control to both gravity and momentum? No, falling did not seem safe at all. And yet the allure of the cardboard box was undeniable...

3. pro·jec·tile n.: A fired, thrown, or otherwise propelled object, such as a bullet, having no capacity for self-propulsion.adj.: Capable of being impelled or hurled forward.


4. grav·i·ty n.: The natural force of attraction exerted by a celestial body, such as Earth, upon objects at or near its surface, tending to draw them toward the center of the body.


5.So falling hadn't been all that bad, thought Marbelle. She reckoned she could do it again. But that platform seemed terribly wishy-washy. She wondered if she would be able to keep her balance.


6. "Give me a lever long enough and a fulcrum on which to place it, and I shall move the world." - Archimedes


7. Typical Archie, thought Marbelle. Just loafing around, being his usual, loafish self. How hard could it be for him to be a gentleman and get the bridge for her? Maybe if she could just give him a little push...


8. Wow! It worked! Marbelle felt ecstatic! That would teach that loaf a lesson, yes it would! And she had never been this far from home before! What were, she wondered, those rubbery-looking blocks on the floor...


9. Well, this certainly sucked. She had gotten used to flying. Now she was stuck again. Back to falling, then? But the ground didn't look stable at all.


To rebound at least once from a surface.


12. Hubble was his name, and he told Marbelle that he had been trying to reach the cardboard box for ages. He knew all about it! In ancient times, he told her, it had been used as a vehicle to stealthily cross battlefields. Nowadays of course, it was simply a mode of transportation. Could she maybe reach it, let him know how it was inside?


13. What was this? Archie was back, and he was LIVID! Such a bad sport. Marbelle knew she would have to race him for the box. There could be only one inside.

14. That was that, she guessed. Archie was so mean. She hoped she would see Hubble again, tough. Hubble had been nice to her.


That's everything for now. Hopefully I'll have new stuff to show in a couple of months (if not weeks). :)

-Play 42 cleverly designed levels in this physics puzzler that tests your physical and mental reflexes in a "challenging, yet fair" way.
-Tinker with a lot of the game's mechanics, such as gravity switching and screen warping!
-Colorful graphics with an atmosphere that transmits good vibes to the player.
-A magnificent orchestral soundtrack with memorable melodies, courtesy of Calum Bowen.
-Achievements to unlock and leaderboards to compete with other players from all over the world!
at 4:04 AM 1 comment:

Welcome everyone to STAR MONOLITH! I wanted to do this change for some time now, but since my next game is approaching release I thought that this was an appropriate time. I also announce that I'm participating on the "1 Game a Month" thingy that is going on now. So when I have a complete game from it I'll post it in here.
at 3:45 PM No comments: